Written by Steve Froese
Editor’s note: The following article is reprinted with permission from the Northwest RVing Blog hosted by MHRV (Manufactured Housing and Recreational Vehicle) Show Association. For information, go to www.northwestrving.com.

A few months ago, I wrote an article speculating when the US/Canadian land border might open again to non-essential travel. I’m not about to buy any lottery tickets anytime soon because I really messed up that prediction!

Since the borders were unilaterally closed about 18 months ago, citizens on both sides have been led to believe the USA and Canadian borders would re-open at the same time. With the Covid-19 cases exploding in the USA throughout the Pandemic, it was a wise decision to isolate the two nations. In fact, some people are unaware that Canadians have been able to travel by air to US destinations, and that only the land borders have been closed.

As of August 9, fully vaccinated American Citizens have been permitted to cross the land border into Canada. This was announced several weeks prior to the opening, so most people assumed the American land crossings would also open. Unfortunately, as of this writing, this has yet to happen. The US has announced the American land border will remain closed until at least September 21. The reasons cited are the climbing Covid cases as a result of the fourth wave and sparked by the Delta variant of the virus.

However, an additional reason that has come to light is that the US prefers to open the Canadian and Mexican borders at the same time. While this makes some sense logistically, there is currently a serious issue occurring along the US southern border. This undoubtedly raises questions regarding whether the Mexico/USA land border should be opened. If the US wishes to open both borders at the same time, Canadians may be waiting for a while. Hopefully this decision is re-evaluated and the Canadian land border with the USA is opened independently of the Mexican one.

RV Travel continues to be significantly hampered as a result of this closure. While Americans can now travel freely across the border into Canada if they can provide proof of both Covid-19 vaccinations, Canadians are not yet afforded the same luxury. My family and I have all had both jabs, so I have no qualms about travelling in the USA. In fact, I wouldn’t feel any less safe south of the border than I do here at home. The Delta variant does significantly increase the risk of infection, but in Canada, over 80% of new cases are among the unvaccinated. I am sure it is the same in the United States.

Initial research surrounding Covid vaccines focused on the effectiveness of each vaccine, and only recently have studies been undertaken to determine the theoretical effectiveness of combining vaccines. Several studies have shown that a combination of viral vector and mRNA vaccinations provides outstanding protection against the Covid virus and its variants. Similarly, mixing different mRNA shots has no negative impact. Specifically, studies have shown that a mixture of Pfizer (mRNA) and Astra-Zenica (viral vector) offers the most effective protection.

More studies are being published regularly that seem to support this idea. Astra-Zenica has been approved in Canada for individuals over 40, regardless of the extremely rare possibility of suffering potentially fatal blood clots as a result of the shot. Studies out of Oxford University in the United Kingdom have shown that the risk of blood clots is higher from the Covid virus itself than from the vaccine. Regardless, Astra-Zenica has not been approved for use by the Center for Disease Control (CDC) in the US, and therefore is not an approved vaccine in the USA.

This poses a problem for me, since my first shot was Astra Zenica and my second was Pfizer. Therefore, while I am considered fully vaccinated in Canada, I am not in the United States. It is my hope that the CDC acknowledges the growing evidence of vaccine mixing to be safe and effective, and therefore ultimately approve this vaccine combination. The rest of my family has two doses of Pfizer, meaning they are considered fully vaccinated in the USA. As of this moment, not only are we travel limited by the border closure, but even if the border opens, I would be inadmissible as a fully vaccinated traveler.

It is possible that I would simply have to provide a negative Covid test, but this has yet to be decided or announced by the US. Some Canadian provinces have announced they will provide a third jab of a US approved vaccine to those who do not otherwise qualify as fully vaccinated in the USA. For instance, in my case I could get a second Pfizer shot, giving me three shots in total, the last two of which are Pfizer. This would classify me as fully vaccinated in the United States. However, BC has not yet taken this step, but in my mind, it would be the easiest way for Canadian citizens to be considered fully vaxxed in the USA. The United States is also considering whether to authorize booster shots, meaning a third shot. This may or may not affect Canadian travelers.

Canadian RV travelers are anxiously awaiting the US border re-opening. We are missing visiting our favorite destinations, and have not been able to stay at Beachwood RV resort, where we have a membership, for two years. We hope that the US government finds the wisdom to re-open the land border very soon! 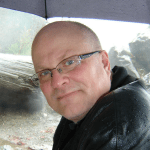 About Steve Froese: SteveF@northwestrving.com Steve Froese is a Licensed Professional Engineer in British Columbia, as well as an Interprovincial Red Seal RV Technician, which is equivalent to a Master Certified RV Technician in the USA. Steve and his family are lifelong and avid RVers, mostly in the Pacific Northwest.

Sheila Hermel has a brave and empowering view on losing a loved one, in the belief that they never truly die. Hermel thinks about her late father and dog every single hour and, while they’re no longer around in a physical sense, their love, influence and memories will never die. In “My Dad, My Dog,” […]

The organizers for the 13th Annual Ellensburg WinterHop BrewFest! suggest all guests wear warm duds to better enjoy cold brewskis on a cold day (no doubt!) in Historic Downtown Ellensburg on Sat., Jan. 21 from noon to 5 p.m. Don’t miss out on the live music, good company and great brews. For over 10 years […]

Are you looking for a Seattle Portrait Photographer?

Create your flower work of art