Blackmouth fishing continues to be fair in the ‘Juan’s. Silver Horde 3” Kingfisher Spoon’s have been hot for us. Make sure and keep those hooks extra sharp, as spoons have a tendency to torque out of a fish’s mouth more than a bait rig or hootchie.
I lost a very big fish last weekend on a small spoon. The Chinook hit pretty soft, although it did trigger the release clip. And, I bury the line deep in the clip. I want that fish’s head to snap around, and the hook to bury when it comes up against that release. It usually works, but regardless of what you do, you will lose some fish.
This one felt heavy, but hadn’t taken any line. It came up to the surface way out…a sign of a potential pig. It was too far out for me to see how big it was, but it made a massive boil on the surface. I slowly reeled it toward the boat, keeping steady pressure and just easing it in. I leave the kicker in gear until the end of the fight, to help keep as much slack out of the line as possible.
Well, it didn’t like the looks of the boat. The fish started screaming out line…straight down. Yeah, this is a good fish, I thought, as a little smile crept across my mug. If you spend much time fishing by yourself, you’ll have these little private conversations in your head…”c’mon fish, c’mon line, c’mon hook, just everybody stay together now”.

The big King sulked deep, and I could feel it’s bulk pulsing in the dark water. In an instant, the hook pulled lose, and all the tension went out of the line. Awwwman…from the high of an adrenaline rush, to the crash of said adrenaline leaving the body in a hurry. The one that got away. Who knows how big it was?

This may have been one of the true giants we see come through the Island’s this time of year. It could have been a Chinook of 30, 40, 50lbs, that make a rare appearance in San Juan Channel in the winter. I’ve encountered a few. No one is sure where they are headed. Early Skagit? Fraser Spring? Or maybe some lost dreadnought from the Columbia. A remnant of the June hawgs,  perhaps?
That’s really what they look like. The mighty travelers that made the swing up through the Gulf of Alaska, then back down the coast to their home river, then hundreds of miles up into British Columbia to spawn. Perfect specimens, with bullet heads and long bodies, grown to outsized proportions. One hundred pounds plus. Now blocked by the dams, but maybe some vestiges remain. We can hope…and release carefully if by chance we get to encounter royalty. The Kings of Kings.

Travel OR – Have a heck of a hike in Hells Canyon

Recently when ogling the map of Oregon, I noticed this big green swatch called Hells Canyon National Recreation Area. I went, “Huh?” With a quick Google search I learned that we Northwesterners are sitting on an amazing and mostly undiscovered gi-normous playground. I am determined to saddle up my little Mazda this spring or fall […]

Container Gardens for Every Occasion

By Melinda Myers Make every occasion special by designing and growing containers for summer holidays, weddings, anniversary parties or other special celebrations. Pick a color scheme appropriate for the occasion or a variety of colors and shapes sure to add a festive touch. Look for opportunities to include edible and flower filled planters. Set containers […] 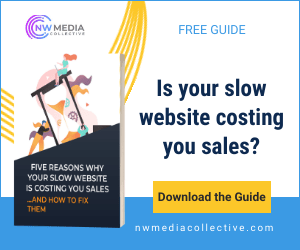