Do you have a student(s) studying Washington State history remotely from home? Looking to get them and yourself out of the house for an RV weekend getaway? Then head to the Similkameen River in north central Washington where students can get a first hand history lesson, explore historic sites, and maybe find a little gold while camping amongst it all.

Gold! No other word has played more significance in the development of the western United States. It has spawned the building of railroads, boomtowns and provided the capital to bore mines deep into the earth along with the supporting infrastructure. The discovery of gold over one hundred fifty years ago along the banks of the Similkameen River was no exception.

Gold was first discovered in 1859 along the banks of the Similkameen River by crews surveying the boundary between the United States and Canada. By 1865, some 3,000 miners had converged on a section on the Similkameen River known as Rich Bar. Okanogan Smith, an agent for Wells Fargo & Company, recorded $600,000 in placer gold being shipped during the first 60 days of the rush at Rich Bar, all recovered from a four acre stretch of river.

However, hard rock mining did not initially take hold in the district due to a recently established Indian reservation and a lack of an efficient method of transportation to ship the ore. That all changed in 1886 when the Indian reservation was open to settlers and the rush to stake lode claims commenced throughout the area. Not only were gold lode claims discovered, but other precious metals as well. Wagon roads and rail lines soon followed to transport mining supplies and ore.

Mining continued well into the early 20th century before dwindling out in the 1950’s. However, there is plenty of historical remnants to tell the story to students and gold left to interest any curious child (adults too), so let’s take a journey along the golden Similkameen.

The town of Oroville is where you will find the beginning of the Similkameen River, so it is only natural to start your visit here. It is also a good place to fuel up and purchase supplies as there are no other services up stream. While in town, check out the murals depicting the history of the area.

Oroville was first settled in the late 1850s and was known as “rag town”. In 1892, the name of the settlement was appropriately changed to Oro, (the Spanish word for gold) in recognition of the surrounding gold mines, in an attempt to attract prospectors and merchants. The United States Postal Service rejected the name “Oro”, because there was already a town named “Oso” in Washington State, so in 1909 the name Oroville was adopted.

Leaving Oroville and heading upstream on the Loomis Oroville Road you will soon encounter the 100-year old Girder railroad bridge and one of the access points to the Similkameen Trail. The bridge, which stands 86 feet above the river and 375 feet long, is a remnant of the Washington & Great Northern Railroad which was constructed along the river to service the mines and ranches in the town of Nighthawk and beyond.

Service between Oroville and Nighthawk began in 1907 and was discontinued in 1985. Today the railroad right-of-way has been developed into a gravel trail for hikers, bikers and equestrian use. It is hoped that one day the Similkameen Trail will stretch all the way from Oroville to Nighthawk, a distance of 12.4 miles. Along the way, trail users will enjoy spectacular views of the river, historic Enloe Dam and Powerhouse, the surrounding mountains and travel through the 1,832‐foot old railroad tunnel at Shanker’s Bend.

Continuing upriver you will soon come across historic Enloe Dam and Power Plant. The river was initially held back at this point with a wood crib dam which was started in 1903 by J.M. Hagerty, a local entrepreneur, and completed a year after his passing. The dam fed a generating plant located a short distance below the dam. Power went to the towns of Nighthawk and Oroville, as well as the nearby Owasco, Ivanhoe, Ruby and Canba mines.

The Enloe Dam you see today stands about 54 feet high with a crest of roughly 290 feet being built between 1916 and 1923. The dam was named after the president of the Okanogan Valley Power Company, Eugene Enloe. From the dam, water was sent through a penstock 850 feet downstream to the power plant. Both the dam and power plant are very photogenic and worth a visit. Enloe Dam and the Powerhouse are State and National listed historic places.

Just up the road after passing a large bend in the river, known as Shanker’s Bend, you will arrive at a wide river bench known as Miners Flats. It is somewhere along this section of river where gold was discovered in 1859. It’s unknown how much gold was really taken from the Similkameen River during the early mining years, but some put estimates as high as 31,000 ounces. Several large scale operations took place on the river including “Oro” a boat built to dredge for gold on the river. Iron rings are still evident in the canyon from its operation along with a large piece of iron from the dredge. Even today the river continues to surrender its gold to prudent prospectors with fines, flakes and an occasional nugget. Bring a gold pan and let the kids try their luck.

Not far up the road from Miners Flats you will find a decaying miners cabin along the river. The apple tree planted by the miners years ago still bears fresh fruit in season. There could be some hanging on the tree when you visit.

Farther upriver where the Loomis Oroville Road crosses the river you will arrive at the historic town of Nighthawk. Nighthawk came in to being shortly after the reservation was opened for mining. With Oroville to the east and the town of Loomis to the Southwest, and magnificent mineral lodes being located between the two, it wasn’t long before a gathering place that came to be known as “Nighthawk” developed at a ferry crossing just to the east of Miner’s Bend on the river.

Nighthawk became a recognized town on Nov. 18, 1903. It was platted by the Nighthawk Realty Co, owned by Myron J. Church and Chas T. Peterson, and was accepted by the Land Office in Waterville, Washington on Feb. 16, 1904. There was a railroad depot, general store, a hotel and saloon. A post office operated from 1902 – 1970. Although mining eventually came to an end, Nighthawk survived and still contains many buildings from the early 1900’s.

Upstream from Nighthawk on the opposite side of the river you will find the Kaaba-Texas Mine. The mine is believed to have been established in the late 1890s. Ownership and management changed hands several times before and after World War I. During World War II, the mine was sold to the Kaaba-Texas Mining Company and was allowed to stay operational for the mining of strategic metals. During this period of time, the mine was producing more than 100 tons of lead, silver, gold, copper and zinc ore per day.  The mine was driven on a 45 degree incline for a total distance of 800 feet on six levels. It closed in the 1950’s after the need for strategic metals declined at the end of the Korean War.

Past the Kaaba-Texas Mine the Similkameen makes a sharp bend to the north where it flows out of Canada. If you continue south on the Loomis Oroville Road you will arrive at Palmer Lake and the semi ghost town of Loomis (enough mining history for another article). To continue your journey along the Similkameen, turn west onto the Chopaka Road to reach your next and final stop along the route which is the Ruby Mine and Mill.

While known best for silver rather than gold, production from the Ruby Mine was the most famous of all along the Similkameen. The Ruby consisted of a 950 foot main adit, with some 5,000 feet of drifts and raises. It was located in April 1902 by A.M. Riste and George Bowers and sold on November 15, 1902 to the Ruby Mining Company, with  J.M. Haggerty serving as mining superintendant.

In January 1903, work commenced to develop the ore body and in the first year of development the mine produced over $20,000 in silver from 211 feet of tunneling. It also blocked out an additional 20,000 tons of ore that averaged $50.00 a ton. The Ruby is one of the very few mines in the district that made a profit. The consensus is the mine received its name from the ore appearing ruby red in color under miner’s carbide lamps. The Ruby Mine was worked on and off into the 1960s and contains some of the most photogenic ruins in the district.

Washington State Department of Natural Resources (DNR) manages the Palmer Lake Campground on the north shore of Palmer Lake. Camping is free when you display a Discover Pass.

Chopaka Lodge features three waterfront cabins and 10 RV sites on Palmer Lake. Pets are allowed and there is a boat launch. 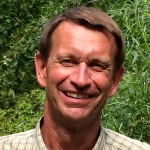 Author: Dave Helgeson, DaveH@northwestrving.com Dave Helgeson is the MHRV Show Director. He and his wife love to travel across the west in their RV. Dave writes about all things RVing but loves to share destinations and boondocking advice.

This Intel barista never gets your order wrong

Perfume Your Garden with Lilies